If you would like to join our project, we would love to have you. Open up a Wikipedia account, friend me on Facebook so I can add you to the Secret Cabal and write to me at GSoWteam@gmail.com

This is behavior that has gotten other users sanctioned on Wikipedia. As Susan Gerbic gains experience, and as experienced users join GSoW, they will exert power, Wikiedia is highly vulnerable to coordinated factions, it is vulnerable even to uncoordinated, ad hoc factions (which is what I confronted, and the evidence — which was clear — was rejected by the Arbitration Committee, and even deleted, later). The problem is Wikipedia decision-making process, which is arcane when conflict is present. Few know how to navigate it. Those who know, on what might be called the “believer side,” will be attacked and sanctioned as “POV-pushers,” but GSoW is pushing a POV, it’s been called “SPOV,” the “Scientific Point of View,” which is a misnomer, because science has no point of view, it is a process that transcends point of view, thus CSICOP, “Committee for the Scientific Investigation of Claims of the Paranormal.” Notice: not “Skeptical Investigation,” because science is always skeptical, but not opinionated.

The other side, the “believer side” is disorganized, generally, and uninformed. And then neutral Wikipedians, who may be skeptical but who seek to follow encyclopedia creation process and policy, are considered “believers,” or otherwise as enemies, by the SPOV faction, and may face threats or the reality of sanctions, if they make any mistakes at all, whereas the SPOV users who make mistakes are supported by factional administrators, often the same administrators who push for sanctions or declare and execute them.

I studied all this years ago. The Arbitration Committee majority, my opinion, saw the problem but had no idea how to fix it, and the Committee tended toward black-and-white decisions, implementing retroactive application of new ad hoc policy, that never created precedent. A bureaucratic nightmare in a community that supposedly rejects bureaucracy. So instead of a functional bureaucracy, with responsible bureaucrats, they get ad hoc bureaucracy, disorganized and following no clear policy, such that user could expect community response, i.e., “rule of law,” they get a complete mess which most sane users abandon after they realize what’s going on, leaving behind an increase in those who love to exercise power over others.

All created naturally without intention. So who is responsible?

I want to make clear that I consider Arbitration Committee’s past sanctions of those who participated in an “interest group” mailing list to be short-sighted and immature. The problem is not coordination, the problem is a decision-making system that is vulnerable to factional editing. In that environment, there is a motive to create factional communication, and it will happen. It is unavoidable, but most of it will be invisible. It cannot be prevented, and most factions never become visible. GSoW is unusual. In fact, it should be encouraged, with some policy caveats. How to deal with the problem is not necessarily a simple issue, but if it is resolved, Wikipedia would become far more reliable.

So to her members. She gives a list of articles and names members. So here I will associate those with the Wikipedia accounts, if it is clear or likely.

December 2015 I announced that GSoW was going to focus on Skeptic Books. We had big goals and worked off this Wikipedia list. This list was envisioned and written by GSoW and during the 6 months we focused on this Book Project we completely expanded this list of over 500 books.

From the timing, yes, very likely created by a GSoW member.

List of possible members, numbers of edits in parens where small. There are some who edited the page who are general Wikipedians; however, editing the page shows possible interest in the topic. It would take more careful research into the overall editing patterns of the user to confirm or disconfirm possible factional POV, rather than “cabal” affiliation, or the cabal may have some long-term sleepers who become — or were — already Wikipedia editors and who continue.

101.119.14.128 is notable in the editors, supported deletion of the article in Articles_for_deletion/Skeptic’s_Library. Susan continues:

What happened is that GSoW went through a complete turnaround with its training, organization and leadership. It was a massive change that I called GSoW 3.14, because of this we lost our focus on the Skeptic Book Project.

So I apologize to anyone out there that was expecting great skeptic book pages to be turning out every couple days. The fact is that it takes a very long time to write a Wikipedia page correctly and everyone on my team has busy lives and we are all volunteers after-all.

Enough with the excuses, lets see what we did turn out.

Right. We watch with interest.

Several of these books were not done in the last 6 months, but in the last few years. I’m going to include them anyway as they were created by GSoW and well worth some extra attention from our community.

Tracking the Chupacabra by Ben Radford was created by Nathan Miller in June 2013.

Bad Astronomy by Phil Plait was created also by Nathan Miller as well as Plait’s other book Death From the Skies!

God Sent Me: A Textbook Case on Evolution vs. Creation was a Wikipedia page I wrote after reading a review of the book in a Skeptical Inquirer magazine. The book was written by Jeffery Selman.

Mastermind: How to Think Like Sherlock Holmes by Maria Konnikova was written by Janyce Boynton

Flim-Flam! by James Randi was rewritten in August 2014

Bigfoot: The Life and Times of a Legend written by Joshua Blu Buhs received a brand new Wikipedia page from Janyce Boynton

Far far less than was our intention. Yet, each of these pages are strong, well researched pages that our community can be proud of.

And giving us plenty of material to look through for factional editing. Thanks, Susan. Most of this is likely to be decent encyclopedic work, my opinion starting out.

One more thing. What do the numbers look like? How many views have these Wikipedia pages received in the time that GSoW can say they took responsibility of the page?

This number is only a page view count, we can not know if these are unique visitors or how long the viewer stayed on the page. Just raw page views.

Still quite an achievement.

Perhaps. Perhaps not. Compared to what? My top Answer on Quora has about 800,000 page views. One Answer. However, it’s a factual Answer to a silly Question, that’s part of what made it popular, the deadpan literalism, sarcastic or not? That shows what is popular! Susan is demonstrating how to lead a project. My question for her would be if she knows how to turn it over. There are signs in what she writes that maybe not. She’s the leader and that’s that. But this is guesswork on my part.

Her greatest accomplishment so far: doing what she has been doing since 2013, and not being sanctioned.

If you would like to join our project, we would love to have you. Open up a Wikipedia account, friend me on Facebook so I can add you to the Secret Cabal and write to me at GSoWteam@gmail.com

My experience is that many will complain about situations, but few will actually do something. Fewer still will persist. It is the human condition, so far.

My plan here is to, if there is any interest, examine the vast array of linkages now exposed as possibly connected with the “cabal.” So far, I’ve seen nothing that truly violated policy. But I have not looked carefully at that AfD, at the voting there. There has been no seriously controversial editing on the List page, the GSoW work there was mostly unopposed, except for that AfD.

So what about the AfD? The arguments given for deletion were cogent, though it is possible that a consensus solution would be Merge.

This was a classic lazy close. In theory, Wikipedia does not vote. But many administrators treat AfDs as a vote, and just look at what appears to them to be a majority opinion. “Wiki” means “quick,” and these processes often exemplify that. To study an AfD, to consider all the arguments, to assess consensus with a consideration of who might be involved and who might not, would take hours. What Faraone did took minutes. And then, nobody and no faction being seriously offended, he was elected to the Arbitration Committee in 2014. This is adult supervision on Wikipedia: 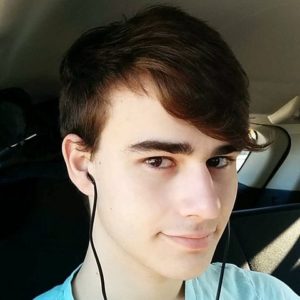 Very nice, to be sure. I have not reviewed anything else from LFaraone, nor do I plan to. He might be brilliant, it is only in this case that he did not explain his close, when there were real issues involved that remained and are still active, likely. Basically, the notability of the books and authors. And, again, I have not studied the article. Yet.