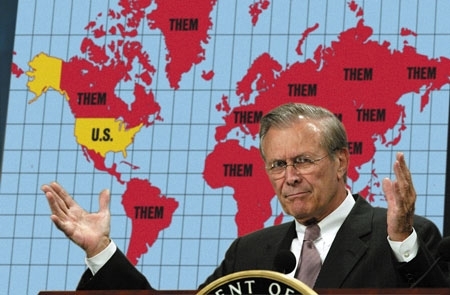 Joshg is one of the most coherent writers identifiable as Planet Rossi.

On LENR Forum, he wrote:

I had high hopes that I.H. would fund research. I think they would have, but they have been derailed by the lawsuit. They fired the technical staff. They may be funding a few studies, but I doubt they will contribute significant amounts of money.

So that R&D center they opened up near Raleigh headed by Antonio La Gatta is just a figment of our imagination?

This is common on Planet Rossi: “they” is fuzzy and amorphous. Genuine questions:

First of all, see this LENR Forum report, posted by Alain Coetmeur, in May, 2016. The company in question is HMRI R&D, Inc. The Registered Agent is Paul T. Winter, very likely this CPA. This is largely meaningless, CPAs often serve as registered agents with very little involvement in the actual business. The business office shown is 13000 Weston Parkway, Cary, NC 27513, which appears to be a 57,000 sq. foot office building, that was for sale and for lease in 2015. Other companies have the same address, so HMRI — or their accountant — may only have a small — or larger — office.

The creation filing, August 12, 2015, shows an “incorporator,” who is merely an attorney, Byron B. Kirkland with a Raleigh address, and then two initial Directors: Antonio La Gatta and John T. Vaughn, with the same address shown as is shown for the Registered Agent. These are the persons of interest.

Antonio La Gatta. La Gatta was working with R&D at TSEM, a sponsor of ICCF-19 in Padua in 2015. His sister is a manager of that company. She told the interviewer this, in May, 2015: “my brother Antonio will travel to the US to direct the new US operational units in Texas, in collaboration with MIT, Texas Tech University, Indusrial Heat [sic].”

This was a plan in May. While there may be a correct substance to it, it’s a confused rumor. “Collaboration” with MIT is meaningless. MIT is not involved with LENR. Peter Hagelstein, a professor of electrical engineering there, is. “Operational units” of what? TSEM? Perhaps HMRI is a “unit” of TSEM? As to Texas Tech, again, this would likely be a reference to the Duncan et al group there, which was announced at ICCF-19.

While a connection between Texas Tech and HMRI is certainly not impossible — they were looking for additional labs to work on the heat/helium project, beyond themselves and ENEA (Violante) in Italy — I have no information about such a connection. Industrial Heat is not connected to the Texas Tech project, which was independently funded.

However, Vaughn is an initial director. This is JT Vaughn, an officer of and investor in Industrial Heat — and a defendant in Rossi v. Darden. This news, however, does not establish that Industrial Heat “opened up a research center near Raleigh.” Cary is indeed close to Raleigh, about twelve miles. What is HMRI R&D up to?

There is some information in the Murray deposition, for which we have the full transcript. IH had a research operation, investigating various LENR approaches, and Murray reports on some of that. He testifies:

This is thoroughly discouraging, for many. However, this, or most of this, may have been seeking to find a way for Plan A: rapid commercialization. Plan B was my name for retrenching, going back to the most basic science and nailing it. For Plan B, small results can still be very significant, even more so of the “small results” show correlations. Heat/helium is the quintessential Plan B project, because there are many supporting reports, and the vast bulk of the evidence confirms the correlation first reported by Miles in 1991. This has practically nothing to do with NiH research, which, if NiH effects are real and not artifact, would surely have some different ash. Murray goes on:

There is a little more description of the HMRI relationship:

There is more about HMRI, some misc findings, on Misc Mash. There is an indication that I could not confirm that an HMRI “proprietary process” was being “moved overseas.”

Back to Joshg’s claim, essentially that “IH” established HMRI “near Raleigh.” From what we have, HMRI is independent and the collaboration expected (from La Gatta’s sister) was arms-length, and limited. While there was likely some IH investment in HMRI, it was limited and it cannot be reasonably said that this Cary lab shows IH’s continued commitment to LENR research.

On Planet Rossi, though, extremely limited information is interpreted and extended and reports as fact, and then others repeat it and it becomes “well-known,” like the alleged $200 million investment by the Chinese, and then the question becomes “where did that money go,” rather than the question that would reasonably precede it, did it exist at all?

A brilliant example of all this arose on LENR Forum, it’s mentioned on the Misc Mash page.  March 2, 2016, David Nygren wrote:

Now we need to dig deeper! It is valued to over 1bn dollars?

Barty asked David what this meant. The blind leading the blind.

AlainCo provided some correct information (the $50 million investment by Woodford a few days later), but did not actually correct the Nygren error. AlainCo noted the use of different classes of shares that can allow company founders to retain control even when receiving a large investment. AlainCo’s other post on this, Mar 3, was much better but still confusing and inaccurate.

June 30, 2016, I came across the discussion, researched it, and corrected it, giving sources for everything. The Woodford investment has been incorrectly reported by news sources that apparently did not look at the original documents. Woodford invested exactly $50 million US. To be precise, Series A shares (not the original Series A, apparently, later called “ordinary shares”) were preferred shares, issued at $45.049996 per share, and two Woodford trusts bought 1,109,878 shares, which works out to $49,999,999.50. My guess is that they actually paid $50 million, so inquiring minds want to know where the extra fifty cents went.

are you playing stupid again Abd? I said $1bn valuation, which roughly means Woodford bought 5% of IH with $50M.

Later, I remembered the $1 billion error was sifferkoll’s, probably because of this post. My guess is that Siffer had written this on his blog — I’m not researching that now — and that Nygren had picked it up from there. Maybe. What Siffer is showing is a total lack of understanding as to how a company is valued, and what that means. Had Woodford purchased ordinary stock for $45 per share, this would have made some sense, though it would still not have created a billion dollars for Darden to somehow “disappear.” But Woodford did not do that.

My point here is that LENR Forum and those who write for it have no habit of correcting errors. We can see people coming up with false information years later, because they read it in a post, perhaps, in this case, a post by the Founder of LENR Forum. There is a reservoir of held ideas about IH and this case, based on what was stated back then based on assumptions from shallow research. “Toilet paper stock,” mentioned by Sifferkoll, is a common idea. “Shell corporations.” (But the only genuine shell corporation here is JM Products, Inc.)

Siffer wrote “Darden simply pocketed the money and made it dissappear [sic].” But what money? A billion dollars? In fact, Woodford invested $50 million and, while IH Holdings International doesn’t broadcast much detail, much of the money still exists, as cash or other holdings of IHHI (including some valuation for the Rossi License). Siffer has in mind a billion dollars that he made up, that never existed. And then there is the alleged $200 million from the Chinese, that apparently also never existed, or if it existed, it had little or nothing to do with Industrial Heat, it was Chinese money, invested in a Chinese project with very little connection with LENR, if any.